My wife and I moved into the parish in 2014 and were quickly made to feel very welcome. Throughout my corporate career I have relocated six times including Bristol, Staffordshire, Cornwall, Northamptonshire, Cambridgeshire and now Dorset, which by far is the best move we have made and where we certainly intend to stay.
Wherever we have lived we have always tried to give something back to our local community and have previously done this by helping out in local sports clubs, rugby being my passion, volunteering in the community and also charitable work where we can. I see the role of a Parish Councillor as a servant to the community and am delighted to have been given the opportunity to lead the team as Chairman.
I hope to represent a wide perspective of the community to help the parish retain its own identity as much as it can, ensure that inclusion is at the heart of the parish council and encourage some of the younger members of the community to engage and better understand what we can and are able to do. There are also many clubs and organisations within the parish that do a fantastic job individually and I would very much like to encourage a cohesive future for all.
I very much look forward to working with the team for the parish. 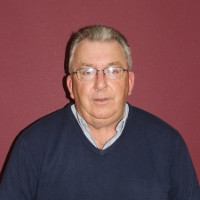 I was born in the parish in the house that I now live in with my wife Helen in Castle Avenue Okeford Fitzpaine.
I attended the village school as did my six brothers & three sisters & also both my parents , my mum was born here & my dad came to the village in the earlier 1930s when his dad came as the village policeman.
My trade is cabinet making which I have done all my working life.
I was first elected to the parish council in 2004 winning a by election.
This parish is a lovely place to live as is many parts of our county & as a parish councillor I intend to do my best to keep it a nice place to live for everyone.
I am currently the Chairman of the village football club & have been in that position for the last fifteen years but have been a member of the club for forty three years of its One hundred & nineteen years since it was formed in 1900.
If any parishioners wish to contact me regarding any village matters please do I will do my best to give a fair balanced view . 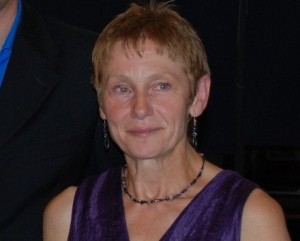 Having opted out of grammar school at 16, I learned that one kind person’s actions can change a life and we have a duty to serve each other.  Trained and working by 17 as a legal secretary, I qualified as a solicitor and married later to raise two children while running my own practice.  I experienced and recovered from long term illness which had a profound effect on my attitude to others’ problems.

Always competitive  I was Hampshire 10k road race champion in my 50s and last year pursued my other passion by cycling 1000miles from the Orkneys to Southampton with a friend  camping wild down the length of our beautiful country.

In my early 50s  I retrained as a DfT  Road Cycling Instructor and now deliver Bikeability to adults and children through Dorset to Southampton.

On moving from 30yrs of city life to Dorset in Dec 2013, I felt it right to serve the parishioners of OF when last May produced insufficient candidates to form a council.  I  trust God will continue to guide my actions  words and thoughts.

I have lived in Okeford Fitzpaine since 2009 and originally came to Dorset to work with cancer projects across the county. I currently work full time at NHS Somerset Clinical Commissioning Group (CCG) in Yeovil and am a programme manager for the major cancer,respiratory and cardiovascular projects and new developments in Somerset. This includes implementing ways of diagnosing cancer earlier and preventing people from having a stroke.

I’m originally from Cornwall and trained as a nurse in London specialising in heart disease. During my career I have worked as a ward sister in coronary care and accident and emergency in Birmingham, managed a national project on nursing, worked in a French speaking hospital in Switzerland,and implemented 24 hour heart attack and stroke centres across a county.

I enjoy walking, writing and travelling and have visited over 50 countries but nothing beats the view from the top of Okeford Hill. Okeford Fitzpaine is a wonderful village to live and I am looking forward to helping shape the future with the community.

I moved to Dorset in November 2003 when my husband Chris decided to rejoin the Army, as he had spent 5 years here previously he convinced me that Dorset was the best place to live, I can only confirm that for once he was right.

I have been married to Chris for 20 years, I have three sons from a previous marriage and am now the proud grandmother to seven grandsons and one step grandaughter.  Two of my sons followed their step dad and joined the Army, which although worrying in the present climate, makes me very proud.

As well as being the Clerk to Okeford Fitzpaine Parish Council (I started in October 2009) I also worked for North Dorset District Council as a Democratic Services Officer from 2004 until 2019 and now work at the BCP Council in the Elections Department.